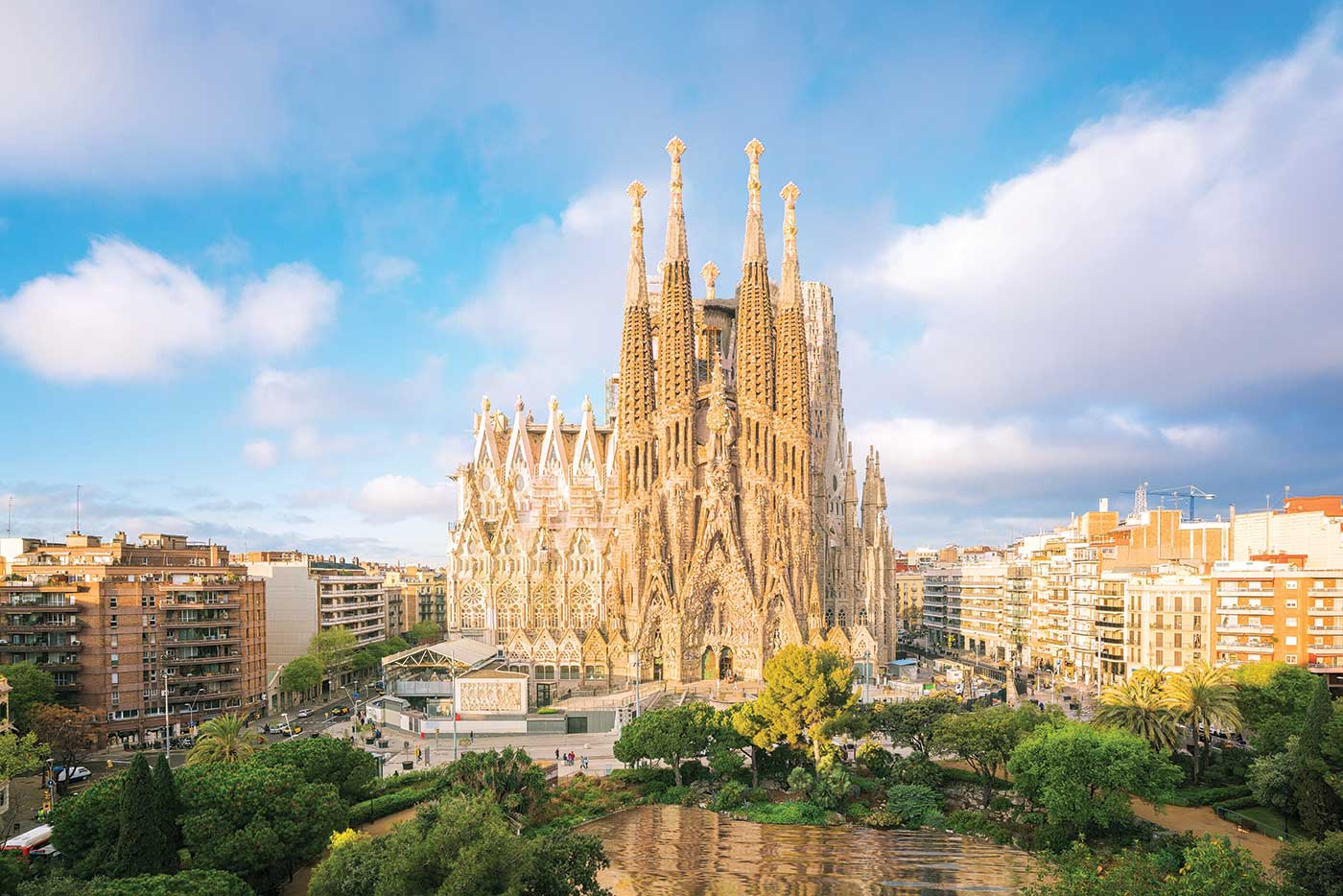 CITY BY THE SEA

From a bustling beach to world-class architecture, tasty tapas to fabulous wines, Barcelona has it all. It’s a hugely popular destination for city breaks and it’s not hard to see why. The weather is fantastic, the art galleries are among the finest in the world and the shopping is to die for. The city has been at the forefront of a number of design movements, and it’s earned its stripes as one of the most stylish destinations in Europe. Wait for the summer crowds to disperse and book your trip now for early autumn.

Where to stay
Like many European cities, Airbnb has somewhat taken over Barcelona, and the locals are pushing back on the tidal wave of holiday lets. Choose instead from one of dozens of unique boutique hotels. Ranging from cheap and chic to ultra-luxe, there are loads to choose from. Born Hotel is inexpensive, central and cool, while Room Mate Emma is super high-tech.

Culture vulture
Barcelona is packed with modern art galleries, big and small, and there are lots of tailored tours that will show you the highlights. For something a little different however, head to the Barcelona Pavilion. One of the most important pieces of 20th century architecture, it was designed by Mies van der Rohe for the 1928 International Exposition in Barcelona. Finished in glossy marble and onyx, it is a strikingly simple work of architectural genius.

Retail therapy
Barcelona is a fashionable city, and as such it’s littered with designer boutiques. However we love the quirky old shops that have been serving locals for generations as well as the exceptional independent food shops that are dotted around the city. Then there’s the Mercat de la Boqueria, a bustling food market that has been around since the 13th century. If you’re looking to get a real flavour of Barcelona, it’s great for people watching.

When to go
Barcelona has become increasingly crowded over the last decade and the summer is a particularly busy time, so hold off until the autumn for a visit if you want to avoid the hordes of visitors. Having said that, music festival fans are in for a treat in the early summer, when they’ll be spoiled for choice. And for something completely different, go in the winter, when the streets are quiet and moody and when you can enjoy hot, fresh churros dipped in molten chocolate to warm you up.

Where to eat
Spanish food is irresistible, and you’ll find every variety of it in Barcelona. The best paella can be found in the maritime district of Barceloneta while more traditional, homely Catalan fare can be found in Barri Gotic. It would be impossible to leave without sampling tapas of course, and they can be found everywhere, from fine dining restaurants to the scruffiest street corners. Want to blow the budget? Sample what just might be the best tapas on the planet at Tickets, which was recently placed in a list of the 25 best restaurants in the world.

See the sights
Barcelona is Gaudi and Gaudi is Barcelona. One of the world’s most famous architects, the surreal designs of Antoni Gaudi are instantly recognizable and peppered throughout the city. From apartment buildings to a public park to the iconic Sagrada Familia, no visit is complete without taking in at least one of his famous works.

Off the beaten track
Relatively new, and strikingly different, the Sala Hiroshima is an innovative experimental theatre space which has gained a reputation for hosting some of the most interesting performances around. The programme ranges from dance to theatre and multimedia performances, and there’s a great bar attached to the space.

Take the kids
It might not be an obvious choice for a family holiday, but Barcelona is surprisingly child-friendly. Restaurants are open late into the night and it’s perfectly normal to see families hanging out in them together until the wee small hours. The three-kilometre stretch of sandy beaches will keep them entertained, as will Park Güell, Gaudi’s eccentric park which feels like something out of a Grimm’s fairy tale. Both also have the distinct advantage of being completely free.