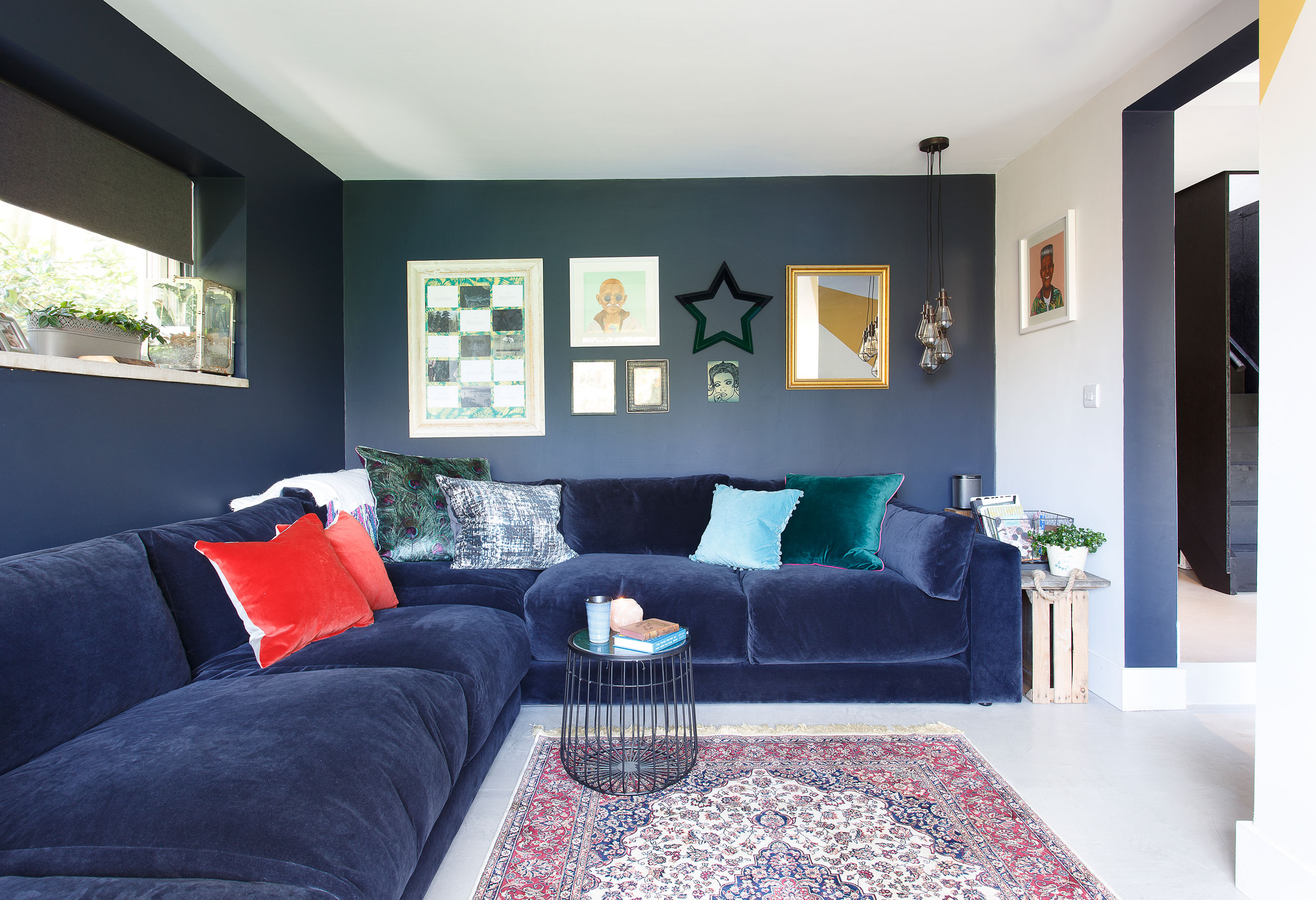 Connecting a traditional bungalow to the garden by extending into the basement has been a triumph of optimism combined with experience.

I have always been interested in how different spaces make you feel,’ Dani explains. She found herself undertaking the renovation of the family home at around the same time as setting up a very successful local co-working space, managing the two projects in tandem. They inevitably fed into each other. The development at work went hand in hand with the renovation of her home; both share the same aesthetic and inspiration; often furniture and items that were meant for one ended up in the other.

‘The vibe at Tribe Porty is very salvaged and upcycled, with a warehouse feel, using largely what we found in the building‘.

‘The vibe at Tribe Porty is very salvaged and upcycled, with a warehouse feel, using largely what we found in the building. This was partly due to a long held love of the New York loft living look and partly due to lack of funding,’ she quips. ‘I do genuinely love being creative with materials though and thinking outside the box is part of my job.’

The bungalow that is now a highly individual family home had a pleasing layout when they first bought it, but lacked any connection to the outside. Due to the lie of the ground the back of the house was high above the garden. Converting the generous cellar into living space seemed like an obvious solution, enabling them to add a modern open-plan living space, to their own design, that opened out onto the garden.

They purchased their home in August 2014, and lived in it as it was for a couple of years, starting the project in August 2016. ‘We hoped it would be finished in time for Christmas, but it took a year in the end. Managing it at the same time as setting up a new business was stressful and of course everything took longer than we expected,’ Dani rues.

However, despite the extended time-scale, the process was relatively straightforward. They used a local architect called Derek Elmslie, who efficiently translated Dani and Bob’s ideas onto paper, planning went without a hitch and the results are even better than they imagined. ‘We worried that the ceiling in the new space would inevitably be a bit low, but it feels absolutely fine,’ Dani is delighted to report.

They stayed in the house while the work was going on, never an easy experience as you endure the noise and the dust close up, but being on hand has its advantages as well; you can make creative decisions as you go and thereby ensure that every detail is exactly as you want it.

I do genuinely love being creative with materials though and thinking outside the box is part of my job.

When it came to the fitting-out, Dani knows she is very lucky; Bob’s joinery skills seem to know no bounds. Every detail has been carefully thought through and exquisitely finished. ‘We make a great team,’ Dani feels, ‘and we share a similar vision for our home.’ Not afraid to roll her sleeves up either, Dani also decorates and happily creates furniture hacks and inventive window treatment solutions whenever she needs to.

The builders did a good job, but did need to be educated a little while they were on the project. Dani never throws anything away and no one was surprised when she pulled an unwanted steel beam from the skip, knowing it would make a perfect shelf in the kitchen.

The builder kindly started sanding it for her, but she rushed to stop him, explaining that she loved the rusty finish and just wanted it varnished exactly as it was!

Dani trained as a dancer originally, but an early injury put paid to this as a career. She has successfully carved out an alternative path that combines her love of the arts with her design ability and knack for business. Almost all the paintings in their home are Dani’s own, giving her a satisfying outlet for her creativity.

In her home, Dani has experimented with colour freely and this time, used a dramatic palette. ‘In the past I have been more neutral, relying on artworks to add colour and interest, but here, inspired by Pinterest, a new addiction, I have been much more adventurous,’ Dani declares. ‘I did worry that it would be too dark, but we are really happy with the outcome.’ Dani has put together a successful combination of a few expensive pieces with a number of bargains and salvaged items. The results are beautiful, bohemian and eclectic.

The maxim that ‘form follows function’ is the basis of the design concept; the results have a little bit of Pompidou Centre, with the structural workings of the building pleasingly on display. Just the right amount of edgy, industrial details, layered with luxurious fabrics in rich colours, ensure that their home is not just a cool destination but a homely family base as well.

USE IT OR LOSE IT

SO MUCH TO GAIN FROM A TRIP TO OUR CAPITAL