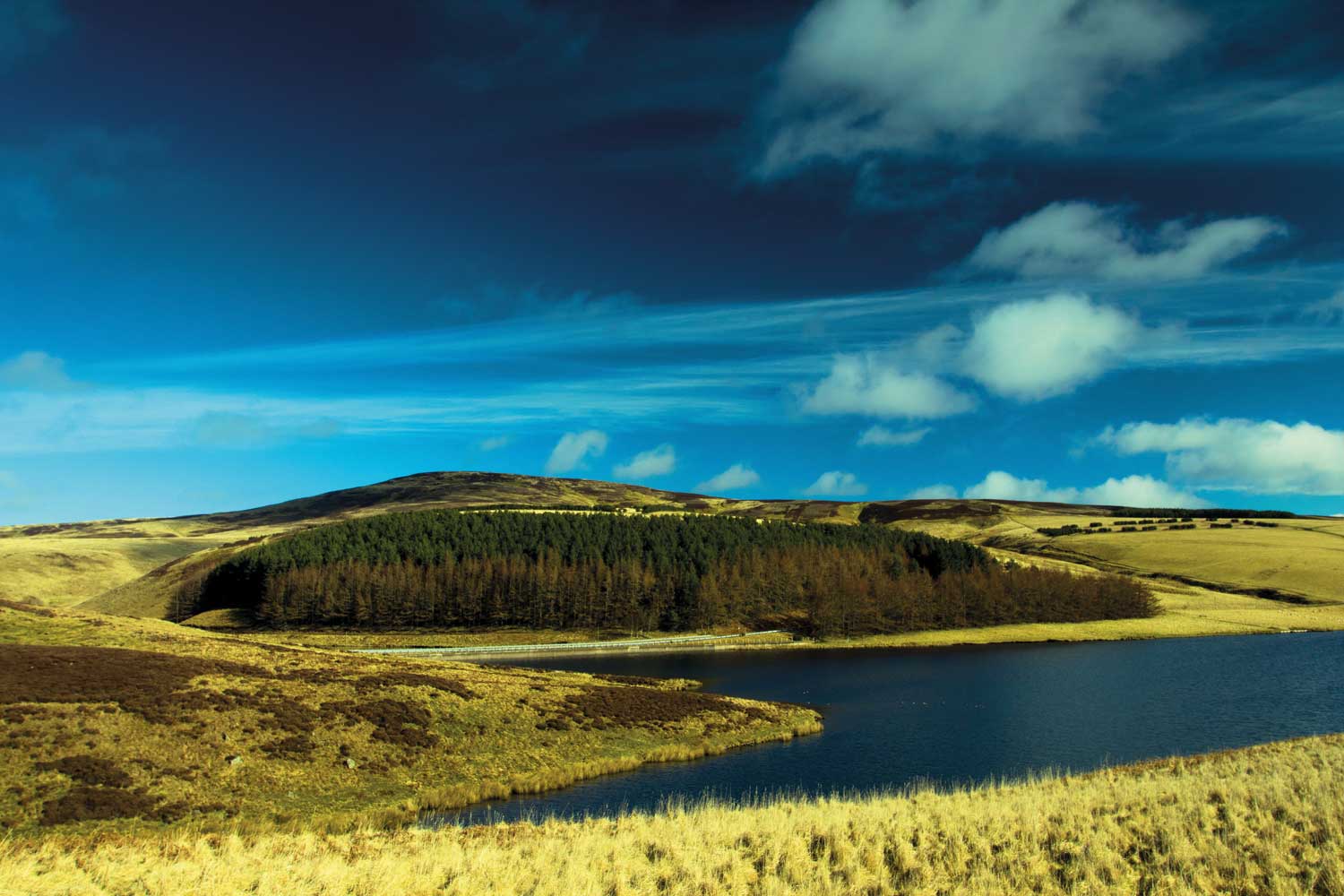 The Lammermuir Hills, which rise to the east of Edinburgh, are not quite as popular as the Pentland Hills and consequently have a much wilder air. There is also a keen sense of history and a broad array of wildlife. A wonderful circular route links Whiteadder Reservoir and Priestlaw Hill via the ancient Herring Road.

The route begins from a small lay-by (room for six cars), near the northwestern edge of Whiteadder Reservoir, beside a cattle grid on the B6355, eight miles southeast of Gifford. Follow the access road for Priestlaw Farm along the western fringe of Whiteadder Reservoir, which was constructed in the late 1960s to supply water to the towns of East Lothian and Cockenzie Power Station. Birdlife out on the water includes pochard, shelduck, great crested grebe and wintering flocks of barnacle and pink-footed geese.

After 650m turn right onto a track marked Herring Road to Lauder and continue as it rises gently towards Penshiel. Just before the farm, turn left through a gate from where the track heads south across a windswept portion of moorland. This is a section of the historic Herring Road that ran for 45km between Dunbar and Lauder in the Scottish Borders. Its heyday was during the 18th and 19th centuries when fishwives carried huge creels of herring from Dunbar to the markets in Lauder before returning with reserves of salted herring for winter. Follow the route in between the two ruins of Penshiel Grange, enjoying a wonderful view of Whiteadder Reservoir and Spartleton. The moorland is home to lapwing, grouse, kestrel and even hen harrier.

After nearly 3km of easy walking the track drops down to cross a bridge over the fast-flowing Faseny Burn, then goes through a gate before a short rise passes through another gate to a minor road. Keep left and follow this quiet road (keeping an eye out for traffic) on a steady climb for 2km to a track on the left signed for Garvald and Whiteadder Reservoir.

Follow this north towards Priestlaw Hill, with views on a clear day opening out as far as the Cheviot Hills. The track soon begins to descend gently as it veers northeast around the eastern slopes of Priestlaw Hill but just as it curves right look out for a grassy track on the left. This rises steadily towards the summit, splitting on the approach. Keep left from where a path gains the 428m top, marked with a cairn and extensive views stretching across the Scottish Borders.

Return to the main track and turn left. A gradual descent bears northwest where a superb view of Whiteadder Reservoir draws the eye to Spartleton and Bothwell Hill – in winter the honking of geese will be unmistakeable. A steeper drop reaches a gate just south of the reservoir. Once through keep on through another gate onto a road that passes through the small settlement of Priestlaw. In turn the road crosses a bridge over Faseny Water then returns to the outward-bound route from where it is a simple return to the start.